London to Moscow with easyJet

Starting in the spring of 2013 the low-cost airline, easyJet, will offer a new route with flights from London to Moscow. Travellers can take advantage of twice daily scheduled flights connecting the British and Russian capitals. easyJet has promised fares at no more than £125 during the first three years of the new UK to Russia route. There is also talk of launching a Manchester to Moscow route as well.

Since the closure of the airline bmi, Virgin Atlantic and easyJet had been battling it out to win the prize of being able to fly between the UK and Russia. Currently only British Airways, Aeroflot, and Transaero connect the two countries with direct flights.

Thinking of taking advantage of easyJet flights to Moscow next spring? Keep reading to see some of Moscow’s not-to-miss sights.

The Kremlin – The historic fortified complex which serves as as the official residence of the President of the Russian Federation.

Red Square – Often considered the central square of Russia because it is where Moscow’s major streets originate from. The square’s Russian name uses the word krasnaya, which means both red and beautiful.

Kazan Cathedral – The Russian Orthodox Cathedral is located on a corner of Red Square and is a reconstruction of the original version built in 1625.

Old Arbat Street – The completely pedestrian street dates back to the 15th century and is one of the oldest in Moscow.

Sparrow Hills – One of the highest points in Moscow, a great place to get panoramic views of the city.

Saint Basil’s Cathedral – Erected in 1555 on the orders of Ivan the Terrible, the Russian Orthodox church is also located on Red Square.

Pushkin Museum of Fine Arts – Home to Van Gogh’s La Vigne Rouge and works by Gauguin, Picasso, and Matisse, to name a few.

Lenin’s Mausoleum – The tomb of Vladimir Lenin on public display. 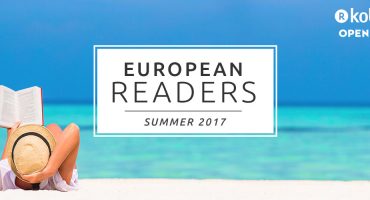 What do you read while on holiday?

Find the best hotel with the new heatmaps feature