The hashtag #paris on Instagram has more than 1 million photos (and counting), making it one of the most instagrammed cities in the world. In 2012, the Eiffel Tower was ranked the 8th most popular place in the world to snap photos with the popular camera app. With proof like this, there’s no denying that the City of Light is an awe-inspiring place to get some insta-inspiration, so in this post we’ll take you on a mini tour across Paris through the filters of Instagram.

The chances are that you’ll be intrigued enough by these magnificent pictures that you too will want to have your own go at it. Lucky for you, the UK is only a hop, skip and a jump away from Paris and you can even visit if you’re on a budget because many low cost airlines offer cheap flights to Paris.

Paris as seen from above with the Eiffel Tower and La Défense business district at a distance.

Paris’ most famous street, the Avenue des Champs-Élysées, is nearly 2km long and full of luxury boutiques and many landmarks like the Arc de Triomphe, the Obelisk of Luxor, and the Place de la Concord.

One of the world’s most valuable monuments, and also one of the most famous, the Eiffel Tower is a world renown icon representing France. It was constructed in 1889 by the architect Gustave Eiffel and is located on Paris’ Champs de Mars.

The Musée du Louvre is one of the largest museums in the world, and also the most visited. It is located on the right bank of the Seine River in Paris’ 1st district. The museum covers 60,600 square meters with over 35,000 objects on display to the millions of visitors who pass through its galleries each year.

The Paris Metropolitain, or Paris Metro, is the second busiest underground rapid transit system in Europe. The first line began operating in July of 1900 and since then has expanded to include 16 total lines and over 300 stations. The Art Noveau style Metropolitain signs are a symbol of Paris.

Montmartre is a hill located in Paris’ 18th district. It is most well known for the Basilica of the Sacre Coeur, which is perched atop the 130-meter high hill on the Right Bank of the Seine.

The Moulin Rouge, recognized by its red windmill, is a cabaret in Paris. It opened its doors in 1889 and is considered the birthplace of the can-can. It is still open to this day to tourists and Parisians alike looking to see a musical dance performance.

The Seine River and Notre Dame

On the banks of the Seine River in the 4th district is one of the most well-known churches in the world, the Notre Dame Cathedral.

La Défense, whose name commemorates the Parisian resistance during the Franco-Prussian War, is Paris’ business district. Home to the tallest skyscrapers in the city, it is also known for the Grande Arche and its esplanade, “le Parvis”.

In the Beaubourg area in Paris’ 4th district is the Place Georges Pompidou. In this large plaza, locally known simply as “Beaubourg”, is the Centre Georges Pompidou. In the Centre there is Europe’s largest Musée National d’Art Moderne (Museum of Modern Art), Bibliothèque publique d’information (public library), and the IRCAM, a centre for music and acoustic research.

Also read: Marrakech seen through the filters of Instagram

Do you use Instagram? Where is your favorite place in the world to get inspiration for your photos? 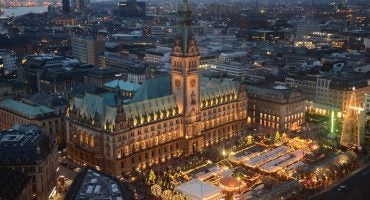 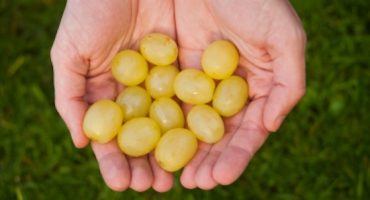 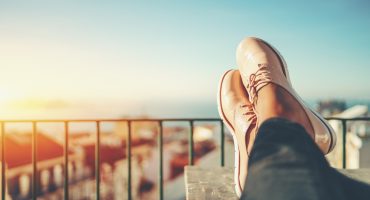 Shoes around the world

One response to “Paris seen through the filters of Instagram”