Looking to get away this summer but can’t figure out where to begin?
Here are 13 ideas to give you some inspiration about summer destinations for 2016!

This gorgeous Greek archipelago was once one island until an enormous eruption in 1628 BC smashed it to pieces. Today it’s famous for it’s red, black, and white beaches, sunsets, donkey rides, and jeep safaris.

The waterfront of Hawaii’s biggest city Honolulu is prime property for gourmet food, classic American shopping, vibrant nightlife, and one of most fantastic urban beaches in the world.

Though the high altitude Colombian capital doesn’t really have seasons owing to its proximity to the equator, the ‘cold season’ really heats up with the city’s Carnival de Bogota every August.

A small island 315 km south of Manila famous for its powdery white sand and warm blue waters – it has been voted the best beach in the world by many publications.

This Mediterranean paradise is known for megaclubs and the best beach parties in the world! It also has a ton of tranquil little coves with crystal blue water and a fantastic hiking scene.

London in the summer you say? Don’t laugh. When the rain holds off the city comes alive with the Regent’s Park Outdoor Theater, Wimbledon, the Notting Hill Carnival, and a ton of outdoor concerts.

The heel of Italy’s boot has yet to be fully discovered by the mainstream tourist crowd and so its famous pristine beaches, cone-shaped stone huts (called trulli), and scenic hill towns remain largely undisturbed.

Forget the rainy season – southwest Vietnam’s Ninh Thuan region is the driest in the country and you’ll find lots of barely discovered smooth sand beaches that’ll be easier on the wallet than European counterparts.

One of the world’s most livable cities may not be matched in its ability to live so closely with nature – locals brag of being able to go swimming at the beach and climb Grouse Mountain in the same day.

The ‘Land of High Passes’ bound between the Himalayas and Karakorum is one of the only sparsely populated areas in all of India – it’s a land of festivals, monasteries, and unspoiled natural beauty.

The Mediterranean’s biggest city is a spectacular choice whether you’re looking to get up early and see some of the world’s best museums or stay up all night partying like there’s no tomorrow.

A city that practically freezes to death in the winter really makes up for it in the summer taking to the outdoors for the Jazz Festival, Taste of Chicago, and the historic 1.5 mile long Navy Pier.

Rio – the Dos and Don’ts of Local Etiquette

The beauty of Basel 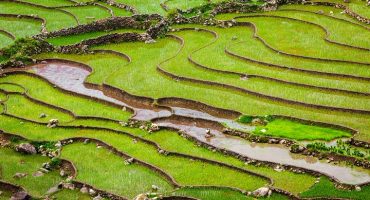