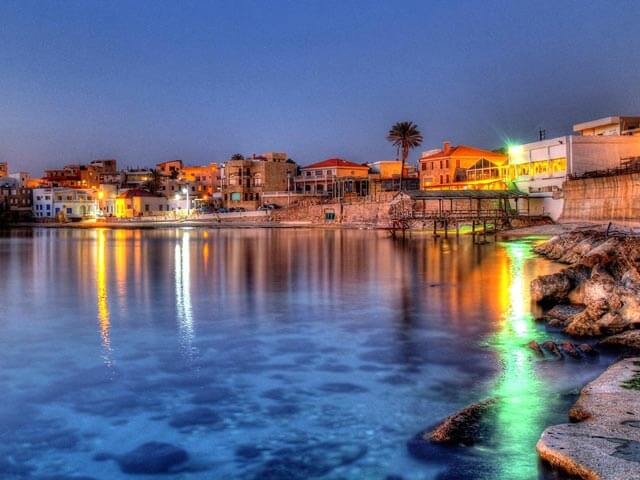 An Overview of Beirut

Sandwiched between the blue waters of the Mediterranean Sea and mighty Mount Lebanon, the Lebanese capital boasts a cool and cosmopolitan atmosphere, making it perfect for city breaks. Beirut is also brimming with World Heritage sites that evoke millennia of history, while this forward-looking city has continued to evolve in exciting ways. Welcoming visitors on package holidays, Beirut offers no end of thrilling experiences, amid its Parisian-style café culture, European-influenced architecture and rich Arabic heritage.

What to Know Before Visiting Beirut

The city is served by the Beirut Rafic Hariri International Airport (BEY) which offers flight connections to several world cities. Getting a flight from London to Beirut or a flight from Manchester to Beirut is easy. Upon arrival, British nationals can apply for a free single entry visa. You'll also need a passport valid for at least three months from the date of entering Lebanon. A flight and hotel in Beirut is best booked in advance.

The currency used in Beirut and throughout Lebanon is the Lebanese pound (also known as the Lebanese lira), abbreviated as LBP, while the main languages spoken in the city are Arabic, French and English. Habibi, meaning 'my dear', is a word you'll hear the friendly residents of the city use a lot. Note that the Lebanese capital is two hours ahead of the United Kingdom.

When is the Best Time to Visit Beirut?

While April to September sees a lot of visitors come to Beirut, July to September are the most popular months. August is by far the hottest month, but for those seeking cooler weather, April-May and September-November are good times to book a flight and hotel for Beirut. During these periods, you'll also find you have more space when exploring visitor attractions.

Lebanon boasts enticing festivals throughout much of the year. April's Festival du Cinéma Francophone showcases a superb range of French films while the Beirut International Jazz Festival takes place in the same month against the beautiful backdrop of the marina, attracting the world's finest jazz musicians. Summer features the Baalbeck International Festival, an extravaganza of classical music, dance, jazz, theatre and opera that takes place in the city of Baalbeck, about two hours' drive from Beirut. Taking place in the ancient coastal city of Byblos, Byblos International Festival attracts revellers from across the world with its packed programme of international and Lebanese musicians - it can be reached from Beirut in just under an hour. Winter cheer is provided via the Al-Bustan Festival of Music and the Arts, which occurs from February to March in the pretty town of Beyt Meri, overlooking Beirut.

What to Do in Beirut?

Jog, skate, walk or rollerblade like locals do along the Corniche seafront promenade. You can start at the Beirut marina and end at Pigeon Rocks. Azure coloured waters and soft-sand beaches are the norm at Beirut's exclusive beach resorts and clubs, while for something more local, well-maintained public beaches beckon. Memorable city breaks in Beirut can also be spent hiking along the nearby Chouf mountains, or enjoying skiing and snowboarding adventures at the resort town of Faraya, just one hour from the Lebanese capital. A wine-producing region for millennia, the scenic Ixsir near Betroun is ideal for a spectacular wine-tasting session and mouthwatering traditional Lebanese lunch.

Back in the city, the student quarter of Gemmayzeh has been described as the Greenwich Village of Beirut. Indeed, this is where you'll find some of the city's trendiest bars, hippest cafés and most impressive street art. Elsewhere in town, chic rooftop bars are the places to see and be seen - for panorama views of the city and the chance to hit the dance floor, check out the iconic nightclub, The Grand Factory.

What Places to Visit In Beirut

Beirut is a deeply cultural city as you'll discover through its atmospheric markets, heritage trails and museums. Package holidays to Beirut give you the chance to dive into the best of the city, including the following:

What To Eat In Beirut?

Beirut is a bona fide mecca for foodies with delicious traditional dishes including hummus, fattoush, and falafel (fried chickpea balls). Other must try specialities are salatit kizbara bi-banadora (tomato and cilantro salad), shish tawouk (barbequed chicken with garlic) and the vegan delights of waraq 'inab (stuffed vine leaves) and Sherbet 'adas (delicious vegan soup). For a typical Lebanese breakfast, try Manakeesh, a kind of pizza usually topped with the za'aatar herb mix and either cheese or meat. Mezze platters are a great way to sample several dishes at once. Although there are plenty of excellent restaurants spread through the city, truly international Beirut also serves up great Armenian, French, Mexican, Asian fare and more.

Lebanon native Elie Saab's designer products may be high on any fashionista's list, while other popular items to pick up are the locally-made hand-beaded clutch bags, purses, abayas and kaftans. Or how about some home items made from mother-of-pearl and acrylic by local designer Nada Debs? Other delightful souvenirs include traditional copper rakweh coffee pots, walnut wood Backgammon sets, traditional hand-woven rugs, and a brass samovar used to heat tea.