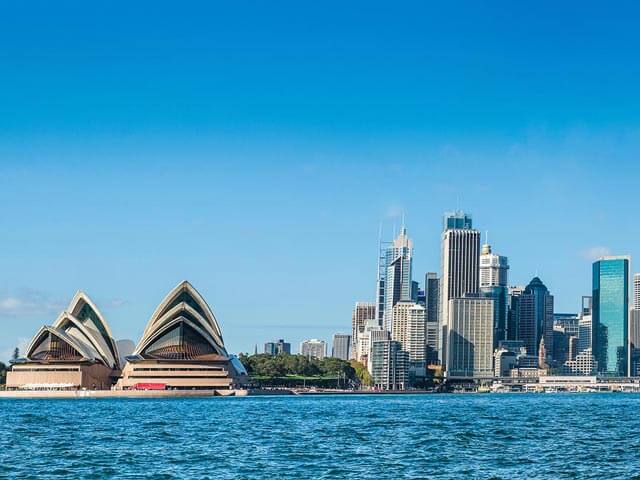 Sydney is capital of the province of New South Wales and the biggest city in Australia by area and population. The city's most iconic sights are located around the vast harbour area, including Sydney Opera House and the Sydney Harbour Bridge. Sydney was the location of the British first penal colony, and therefore the site of the very first European settlement in Australia. The famous Botany Bay, where Captain James Cook first landed on the Australian mainland, is located within Sydney's suburbs.

What To Know Before Visiting Sydney?

Sydney Airport, where international flights land, sits just north of Botany Bay, about five miles south of the city centre. This is where flights from the UK to Sydney arrive, including flights from London and from Manchester. Although there are a few direct flights to Sydney, it is much more likely that you will have to break up your journey with a stopover. The most common stopovers from the UK tend to be Dubai or Singapore, depending on which airline you fly with. Upon arrival, a train service takes visitors from the airport to the city centre in just 13 minutes, The train runs every 10 minutes throughout the day.

Don't worry about language difficulties on package holidays in Sydney, as English is the main language across Australia. The currency is the Australian Dollar, which is worth about 50p, and Sydney is 11 hours ahead of the UK, so be careful what time you call home!

What Is The Best Time To Visit Sydney?

As a southern hemisphere city, Sydney's seasons are back to front for UK visitors, with the weather in the summer months being cooler and wetter, and winter temperatures regularly reaching up to 26°C and beyond. Spending city breaks in Sydney over Christmas time is great fun. While the Australians still follow many British traditions, they have developed their own – including Christmas dinner barbecues on the beach.

What To Do In Sydney?

Make sure to spend some time on the beach on your weekend in Sydney. Bondi Beach may be the most famous, but Manly and Cronulla are also popular with locals and visitors alike. Take the opportunity to try surfing – all the local beaches have surf schools if you are an absolute beginner or want to hire equipment.

Sydney is a great city for visitors who enjoy a vibrant nightlife scene. Darlinghurst and Kings Cross are the places to head for lively bars and clubs open until the small hours, or if you're more interested in restaurants, head to the suburb of Surry Hills where you can find fine dining and wine on every corner. Live music fans should check out Newtown, where local bands perform in bars.

Where To Visit In Sydney?

The city's public transport system makes it easy to get around while sightseeing, whatever flight and hotel in Sydney you choose.

What To Eat In Sydney?

Sydney is a multicultural city, with restaurants to match. The city's Chinatown is a great place to find Asian cuisine, while the Leichhardt area of Sydney has been known as Little Italy for generations. Don't worry though, you can still find typical Aussie grub to enjoy on your weekend in Sydney. Anzac biscuits, which were developed for soldiers during the First World War, are still a beloved snack, while Vegemite is the Australian version of Marmite and is hugely popular in Australian homes and recipes.

The typical Australian cuisine is barbecue. The great weather in Sydney means that barbecues are a common sight on beaches and in parks. Prawns and other seafood, caught in the abundant waters off the Australian coast, tend to be more popular than the burgers and sausages we prefer in the UK.

What To Bring Back From Sydney?

Souvenir shoppers have lots of options when it comes to buying a memento of city breaks in Sydney. Souvenir shops do a roaring trade in boomerangs, stuffed koalas and kangaroos and the corked hats worn by Crocodile Dundee. For a souvenir with a difference, take home a genuine piece of aboriginal art – but be sure to buy from a reputable dealer to ensure that the artist hasn't been exploited.

Sydney souvenir shops stock lots of items emblazoned with their iconic Opera House and Harbour Bridge; everything from t-shirts and shopping bags to mugs and coasters. You can even buy coat hangers in the shape of Sydney Harbour Bridge! If you want to shop like a local, head to Paddy's Indoor Market, where you will be able to pick up souvenir t-shirts and prints at a fraction of the cost of most of the city centre stores.