You can’t beat the freedom of a good road trip.

The music cranked, your best friends standing up in the back seat of a convertible screaming ‘yahoo!’ as your car descends upon city lights from a mountainscape more scenic than São Paolo.

OK sorry, that was every road trip movie ever.

But there’s no shame in shooting for the stars here and we’re going to start you off with some great road trip ideas.

Here are the best routes for a road trip.

It’ll be easy to drop the four words ‘journey of a lifetime’ at any point in the list but at 2500 km long Ireland’s Wild Atlantic Way takes the cake for being the longest coastal road in the world.

This snaking highway of lighthouses, seascapes, and killer cliff-tops spread out over six regions offers 157 discovery points, 1000 attractions, and more than 2500 activities. The perfect place for lovers of the outdoors.

America is the birthplace of many things and it’s almost indisputable that the road trip is one of them. “America’s Main Street” runs 3945 km from Chicago to the Pacific Ocean at Santa Monica California (LA).

Yes, you ‘bun’ the trip with two classic American cities but the meat inside is what counts: the shady motels, wide open spaces, old-school diners, classic gas station pumps, and sheriffs on patrol are straight out of the movies.

What!? Hear me out now. It’s been called ‘The Great English Road Trip‘ over various publications and this 700 km long trip is just about the longest you can do in the UK.

From London let the lush green countryside guide you to Cornwall where you’ll find hamlets, cobblestone streets, fishing villages, and breathtaking coastal scenery right out of a fairy tale – did I mention the tea houses, pasties, and clotted cream scones?

If you’ve got driving across an entire continent on the old bucket list look no further than this South African sojourn. The 1900 km route of unhurried towns from East to West along the South West Coast involves about 24 hours of driving, making it one of the best routes for medium-sized trips.

Wildlife lovers will go wild at the Eastern Cape Game Reserve and the ‘elephants on the shore, whales on the sea’ sloganed ‘Garden Route’. The activity sport options on land or sea are second to none.

Whether it’s in Italian art house flicks or cheesy American microwaveable pizza commercials the image of the Amalfi Coast is inseparable from Il Bel Paese.

The narrow, winding roads peering over steep cliffs are as dangerous as they are beautiful but that hasn’t stopped UNESCO from naming the road to its World Heritage List.

Sure, Italy’s most scenic stretch of coastline is only 80 km but with so many stops from Salerno to Naples to Postiano it hardly matters. You can easily stretch it out over a week or two.

OK so, London to Mongolia isn’t exactly a trip to the supermarket but if the self-billed ‘greatest adventure in the world’ doesn’t live up to the name, it’s got to be at least close.

The 10,000 mile journey isn’t a rally in the traditional sense (there are no prizes for first and racing is illegal) but more of a charitable migration. In order to participate drivers must follow the three fundamental rules: the car must be rubbish, not sponsored, and raise at least £1000 for charity.

Country: Canada
Length:  606 miles
Whenever you see a photo of an impossibly blue lake at the feet of some towering jagged mountains it’s probably the Canadian Rockies. Exploring this vast territory of winding panoramic roadways, old mining towns, alpine lakes, and grizzly bears is a must for lovers of peace and open space.

Ski lovers should head from Calgary to resort towns Lake Louise and Banff. 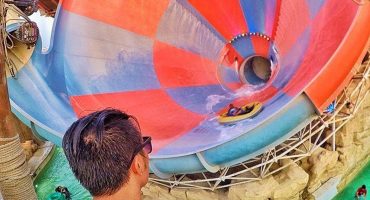 Who Serves the Best On Board Dishes?

Ghana: Diary of a volunteer 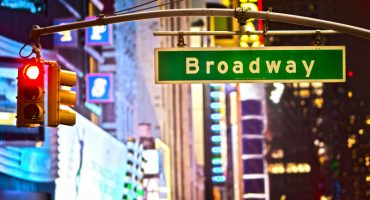 By mloghin with 4 min read