We’re all pretty excited  to celebrate St. Patrick’s Day and we’re counting down to March 17th, what will surely be a day of Guinness-drinking, friends and fun.
So, who’s geared up and ready to celebrate? In the event, some extra motivation is needed, we’ve prepared a list of interesting facts that will help us all fully indulge in this Irish festivity:

Saint Patrick’s feast day is on March 17 and it’s celebrated in memory of his death (387 AD). He was the first Catholic missionary in Ireland and is also their national Patron Saint.

Fun fact: St. Patrick was not Irish, but of Scottish descent. His name wasn’t Patrick either as he was actually born Maewyn Succat. According to the legend, he changed his name to Patricius (or Patrick) when he became a priest.

St. Patrick’s Day is a public holiday in Northern Ireland, in the Republic of Ireland and in the Canadian province of Newfoundland. However, it is celebrated worldwide by Irish immigrants and anyone with Gaelic roots. There are other major parades around the world like those held in New York, Boston, Munich, London and Chicago. In the latter city, even the river is coloured green!

Fun fact: There are more people with Irish roots in the United States than in Ireland itself! In U.S.A there are approximately 34 million, while in Ireland there are only 4.5 million Irish people.

The symbol of the Saint Patrick’s day is the Shamrock (young sprigs of clover or trefoil); It is said that the Saint used it in his sermons to explain the concept of the Holy Trinity.

Fun fact: The Shamrock is also the national symbol of Ireland. Another fun fact is that it’s very hard to find a four-leaf clover; experts confirm that the possibility of finding one is of 1: 10,000. 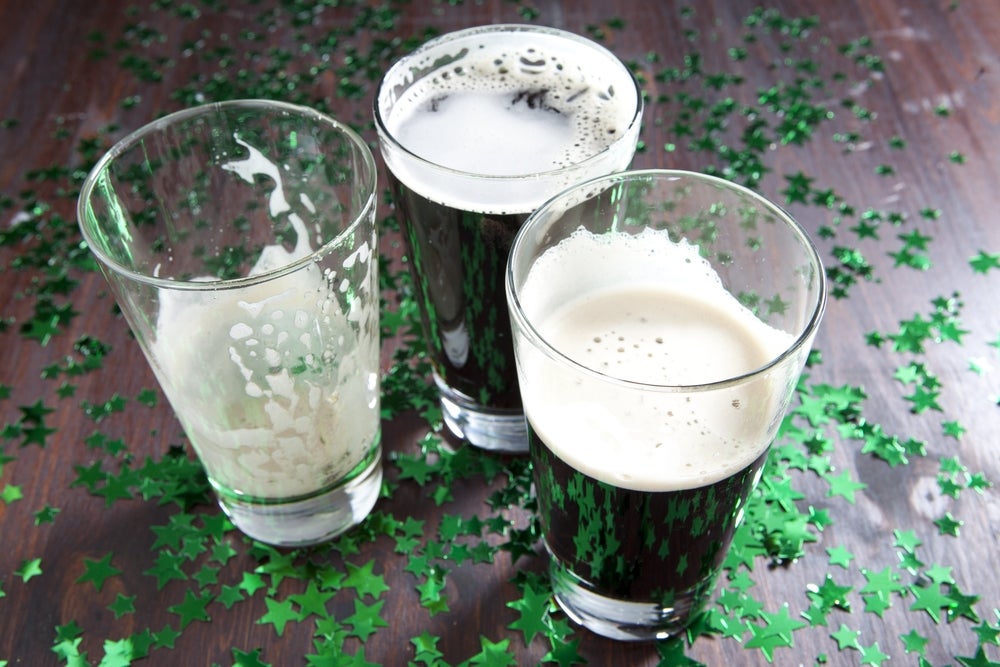 The world famous and popular dark stout beer is from Ireland.

Fun Fact: People drink 13 million glasses of Guinness on St. Patrick’s day – that’s twice as many as on a normal day!

Leprechauns are tiny fairies and supernatural creatures that have been part of the Irish folklore for a really long time.

Fun Fact: They’re only associated with the festivity because they’re part of the Irish culture.

Fun fact: The original colour of St. Patrick’s Day was blue but it started to change in the 17th century. The colour green appears in their tri-colour flag and has been used by Irish revolutionary groups. Ireland is also known as the “Emerald Isle” because of its green landscape.

This one is an exception; although it’s not a tradition to visit the Blarney stone on St. Patrick’s day, it’s a huge part of their culture so we thought we’d include it in the list.

This stone is set in the wall of the Blarney Castle tower, located in Blarney and about 8 kilometres from Cork. Those who kiss the block of limestone are said to receive the gift of persuasive eloquence (blarney).

Fun Fact: It’s not as easy as it may seem to kiss the stone. You have to ascend to the castle’s peak and lean over backwards on the parapet’s edge! It’s definitely not for those that are afraid of heights. 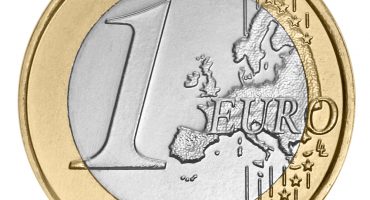 Behind the coins of the European Union 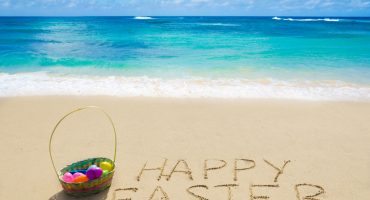