There are currently 38 UNESCO World Heritage properties across the world that are in danger of crumbling away due to threats, both environmental and human. Five of these 38 properties have been added in 2012 alone. Let’s take a look at these five marvellous wonders of the world.

The Republic of Mali in Western Africa contains two out of the five sites which have been added in 2012 to the list of World Heritage sites in danger; the first site being Timbuktu.

Once a centre for the spread of Islam throughout Africa in the 15th and 16th centuries, and also an intellectual and spiritual capital, Timbuktu is currently being threatened by desertification due to its location on the southern edge of the Sahara Desert. Islamists have also been attacking the city’s many shrines, stating that they are examples of idolatry, a sin in Islam. In Timbuktu there are three mosques under threat: the Djingarey Ber, Sankore, and Sidi Yahya.

Djingarey Ber, was ordered by King Mansa Musa as a symbol of his kingdom’s prestige. The mosque was completed in 1327 and is the oldest in Timbuktu.

Sankore mosque, also known as Sankore University, was developed in the 15th and 16th centuries and came to be one of the medieval world’s greatest centres of learning. It has a rich history as a place for education in history, maths, and astronomy as well as Islam.

Sidi Yahya mosque was built in 1400 but was left empty for a number of years awaiting a holy leader, who eventually arrived in the form of a man named Sidi Yahya. The Sidi Yahya, along with the Sankore and Djingarey Ber mosques, make up what is sometimes called the “University of Timbuktu.”

The second site in Mali that has been added to the list of sites in danger is the Tomb of Askia.

The Tomb of Askia

The Tomb of Askia, in Gao, Mali, is a 17 meter pyramid believed to be the tomb of Askia Mohammad I, one of the Songhai Empire’s emperors. The tomb was built at the end of the fifteenth century when Askia Mohammad returned from his pilgrimage to Mecca, bringing with him the materials to construct the tomb. The Tomb has been placed on the list of sites in danger due to armed conflict in the region between Government troops and rebel groups.

The three remaining sites are located in Palestine, Panama, and England.

The Church of the Nativity

The Church of the Nativity, in Bethlehem, Palestine, has also been placed on UNESCO’s list of endangered World Heritage Sites due to the lack of regular restoration of the church caused by the political situation since 1967 when Israel occupied the territories. The Church of the Nativity, completed in 339 AD, is considered the oldest continuously operating Christian church in the world.

Fortifications on the Caribbean Side of Panama in Portobelo-San Lorenzo were part of the defence system built by the Spanish Crown to protect transatlantic trade during the 17th and 18th centuries. The fortifications have been placed on the list because of rapid deterioration due to environmental factors, lack of maintenance, and urban encroachment on the property.

The Liverpool Maritime Mercantile City in Liverpool, England, is made up of six locations in the city centre of Liverpool; some of the most important sites being the Pier Head, Albert Dock, and William Brown Street. The docklands were placed on the endangered list in June of this year due to the proposed construction of Liverpool Waters. Liverpool Waters is the plan to redevelop the historic docklands of the Maritime Mercantile City which was one of the world’s major trading centres in the 18th and 19th centuries, playing an important role in the growth of the British Empire. 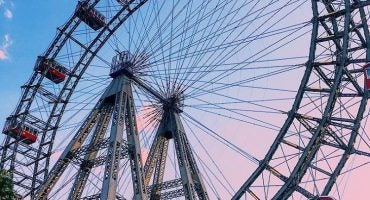 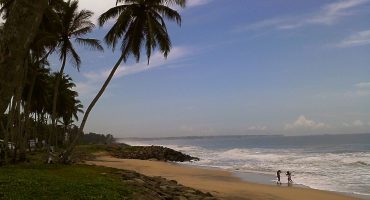 By Olly with 3 min read 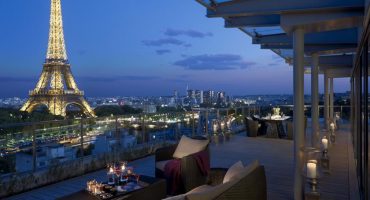 The 9 Best Rooftop Bars in Paris 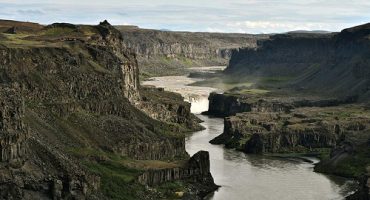 Iceland tips: Iceland for the adventurous