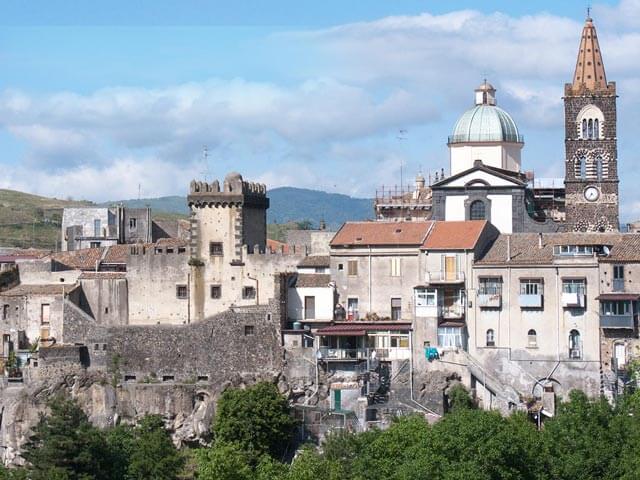 An overview of Catania

Founded in the 8th century BC, Catania was once one of Italy's most important cultural and political centres. Sicily's first university was founded in Catania, which is now the seventh-largest metropolitan area in Italy. The city has been destroyed twice by earthquakes, but has persevered and is now a bustling metropolis with over one million inhabitants. Visitors spending a weekend in Catania can expect to find stunningly beautiful architecture, heavenly beaches, alluring landscapes, first-class restaurants, street food and even ski resorts just a short drive out of town.

What to know before visiting Catania?

Travellers venturing on city breaks in Catania will likely fly to Catania-Fontanarossa Airport (CTE). Your flight from London or Manchester to Catania will arrive in just over three hours, and the best way to reach the city centre from the airport is by car, as public transportation in Catania is limited. Luckily, the airport is less than a twenty-minute drive by car. UK citizens won't need a visa for a weekend in Catania. The accepted currency is the euro, and the official language is Italian. When booking a flight to Catania, consider package holidays, which let you customise your weekend in Catania easily. Booking a flight to and hotel in Catania together through package holidays could also save you money.

When is the best time to visit Catania?

Enjoying a Mediterranean climate, Catania is great for city breaks any time of year. January sees average highs of 15°C and lows of 5°C. While October to March is the wet season, there are still plenty of bright, sunny days. Summers are dry, and often there is no rain for months. Catania hosts some spectacular annual events worth checking out:

What is there to do in Catania?

Catania is located next to the Ionian Sea and southeast of Mount Etna, meaning that you can go to the beach in the morning and then on a mountain hike that afternoon.

If sunbathing under the Italian sun is what you're looking for, visit Le Capannine beach. About a 20-minute drive from the city centre, it requires a small entry fee. Join the locals and visitors listening to music and dancing on the beach, and enjoy a local beer.

Mount Etna, a 3,349-meter ash-and-lava spewing volcano, hasn't had a major eruption since 1928. Though it's almost continuously percolating, you can still hike, camp and ski on the mountain. For a fee, you can take the Etna wine and Alcantara tour, where you can visit caves created by lava flows and have a three-course lunch with local wine pairings.

Over 1,000 years old, Catania has an array of museums, castles and cathedrals that any visitor will marvel at. The Catania Cathedral was first constructed in the 11th century, but was subsequently destroyed by earthquakes on multiple occasions and then rebuilt. Some original ancient portions remain.

Active travellers booking a Catania flight and hotel should consider making a ski trip part of their itinerary. Just over an hour from the centre of Catania, there are two ski resorts open between January and April. Etna Nord-Linguaglossa features both intermediate and beginner runs.

What to eat in Catania

Sicilian cuisine is famous the world over, and Catania is one of the best places to sample it. Here are just a few dining ideas:

Like all world-class destinations, there's an abundance of gift shops across the city where you can pick up Sicilian trinkets, plates, postcards, magnets and more. Also, keep an eye out for shells while you're at the beach!