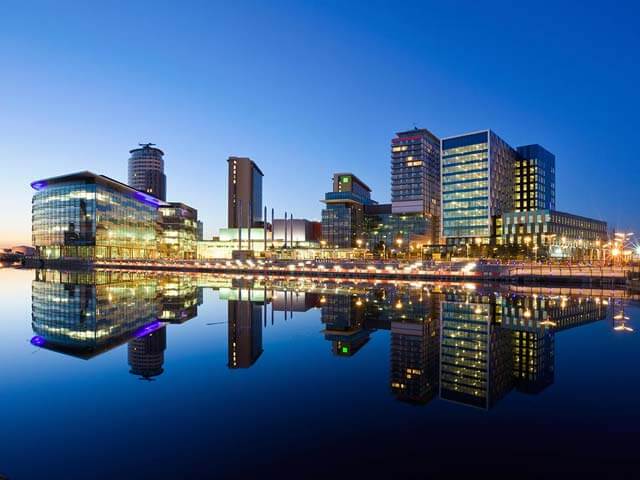 Enjoy a weekend in Manchester, one of the UK's main cities and a major hub of commerce, tourism and sporting pride as well as the centre of urban life in the North. It’s an ancient city founded by the Romans in the first century AD, and retains much of its fascinating history alongside a buzzing and irresistibly friendly atmosphere. Indeed, compared to the formality of the South of England, many get used to being called ‘love’ by every bus driver and shopkeeper, and can’t help but leave their Manchester city breaks with a smile on their face. Combined flight and hotel deals in Manchester make visiting easy.

What to Know Before Visiting Manchester

Manchester Airport is the biggest in the UK outside of London, and is a short flight from the capital or from Liverpool. It's just a 20-minute drive to the city centre. EU citizens won’t need a visa to visit and the currency is the British pound. The main language spoken is English, although visitors will experience an amazingly varied mix of people in this modern city.

With your Manchester flight and hotel sorted, you can see the breadth of it at your leisure. While the metropolitan area of Greater Manchester includes many smaller towns and is spread over a wide area, those on weekend Manchester city breaks will find the centre pleasantly compact and easy to navigate by foot or taxi.

When is the Best Time to Visit Manchester?

The whole of the UK enjoys a temperate climate, meaning it’s very rarely extremely hot or cold, and even snow or strong winds in winter are few and far between. Between June and September temperatures tend to climb into the 20s, and the heat waves that sometimes sweep along the south coast of England rarely reach this far north. The colder months can also be a great time to visit, and you can catch festivals and events like Chinese New Year in February. For those interested in the city’s vivacious music scene, the many summer festivals will leave you spoilt for choice.

What Must I Do in Manchester?

Here are some of the fun things to get up to during package holidays to Manchester:

What Places Shall I Visit in Manchester?

Quite possibly the best known UK football team internationally, a tour of the museum and stadium of Manchester United’s Old Trafford is an excellent way to soak up over 100 years of amazing sporting history. If you’ve still not had your fill of the game, head to the National Football Museum. More general top-rated museums include the Imperial War Museum North and the Museum of Science and History, which will keep city breakers in Manchester of any age entertained for hours.

Literature buffs should not overlook the John Rylands Library, found right at Deansgate in the middle of the city and home to a magnificent collection of tomes in a stunning Neo-Gothic building. Other fantastic stopping points include the beautiful Ordsall Hall, which is an original Tudor home, and the magnificent Piccadilly Gardens park. Manchester package holidays are an ideal way to see all of these great sights and get to know the city properly. Another fantastic sporting arena, the new Etihad Stadium, is the home of Manchester City Football Club.

What to Eat in Manchester

A weekend in Manchester caters to all tastes, with an enormous range of international options including favourites like Chinese, Indian, and Italian. Fish and chip lunches or roast dinners at traditional pubs are great if you’re looking for the best tastes of the UK. If you’re in need of a pick-me-up in the morning, be sure to look for a full English breakfast that includes the local favourite black pudding. Eccles puff pastries are a top treat to satisfy your sweet tooth.

What To Bring Home From Manchester

There are many iconic souvenirs you can find in Manchester for those back home. Football enthusiasts may love a Manchester United shirt or gifts such as mugs and badges that show your pride for the reds. Alternatively, you may notice the city’s iconic worker bee symbol around town, which reflects Manchester’s dedicated contribution during the 19th century's Industrial Revolution. Gift shops selling products emblazoned with the symbol are easy to find and also make for unique gifts from ‘Manny’.