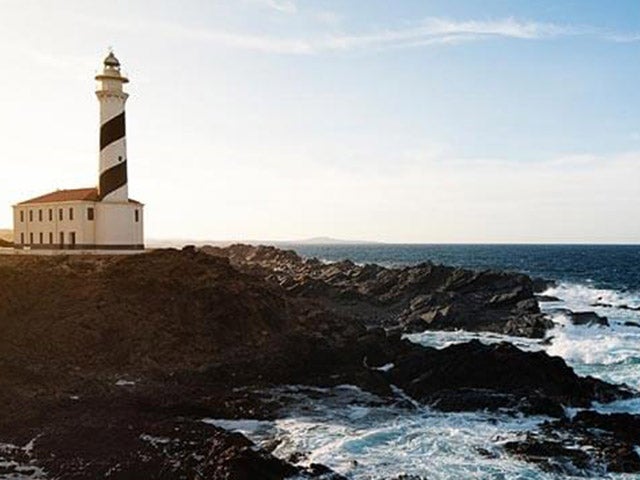 A cove just for yourself, endless miles of pristine white sand and a high standard of hospitality–that is Minorca, also often spelled Menorca. The northernmost Balearic island enchants visitors with unspoiled nature, a rich cultural heritage, and glorious cuisine. Add to that a laid-back attitude and genuine friendliness towards the visiting stranger and you can see why this island gains new fans every year.

As punishment for its Republican loyalty during the Spanish Civil War, Franco refused the island any public building funds, and as such, it is less developed than its neighbours (which most visitors see as an asset). That said, Ciutadella and Mahón are great places for city breaks on Minorca due to their lively nightlife scenes and fabulous restaurants.

Good to Know Before Heading to Minorca

Like the rest of Spain, Minorca is one hour ahead of the UK, British citizens don't need a visa to go, and the Euro is the island's currency. Spanish and Catalan are the main languages spoken here but many locals also speak English, making city breaks in Minorca quite accessible.

Minorca's only airport lies about 5km southwest of the capital Mahón and is well connected to the rest of the island. Flights to Minorca always arrive here, be it direct flights from London to Minorca or from Manchester to Minorca. A taxi to the centre of the capital is inexpensive. There are also several bus lines that connect the airport to the island's main settlements, so that your flight and hotel on Minorca tie in seamlessly with each other.

What is the best time to visit Minorca?

Minorca is definitely a year-round travel destination, but with two very different target groups. The mild winters appeal most to nature lovers seeking peace and solitude, whilst the summer season attracts more families and beach-goers. Some attractions, bars, clubs, and restaurants are only open during the spring through early fall, but there are always enough services to make a winter package holiday on Minorca an unforgettable experience. The main festival on the island is called Festes de Sant Joan' and takes place from the 23rd to 25th June in Cuitadella.

Things to do on Minorca

Relaxing at the beach and water sports are only one facet of a Minorca holiday. Locals will tell you that the secret to explore the island is on horseback! Minorca is even home to its own breed of black horse, the Menorquin. Scuba diving, snorkelling, and kayaking are the island's favourite water sports and by renting your own kayak during your package holidays on Minorca, you will be able to reach secluded beaches that would be otherwise inaccessible. If hiking is more to your taste, the Camí de Cavalls encircles the whole island and can be comfortably hiked in sections.

What are the must-see places on Minorca?

Guided tours can take you through the best parts of this UNESCO biosphere reserve. Make sure to book one during your weekend in Minorca that passes by one of the many prehistoric sites, with their dolmen-like structures called taules.

Seafood is a staple of Minorca's cuisine, and caldereta de llagosta, a rich lobster stew, is its signature dish. Es Cranc and Es Cranc Pelut are the go-to restaurants for the dish during a weekend in Minorca. Café Balear's three outposts are popular for fresh seafood in general, while Cap Roig is notable for serving local ingredients accompanied by a great view.

Local lore claims that mayonnaise was invented here during the 18th century French occupation. True or not, the combination of local olives that provide the oil, free-range eggs, and juicy lemons gives the condiment unforgettable flavour. Finally, local Mahón cheese, which rightly gained a DOC label, can be eaten young and soft or mature and seriously strong, not unlike a British cheddar.

What are the best souvenirs from Minorca?

Apart from the memories of your package holidays on Minorca, the best souvenirs to bring home are: