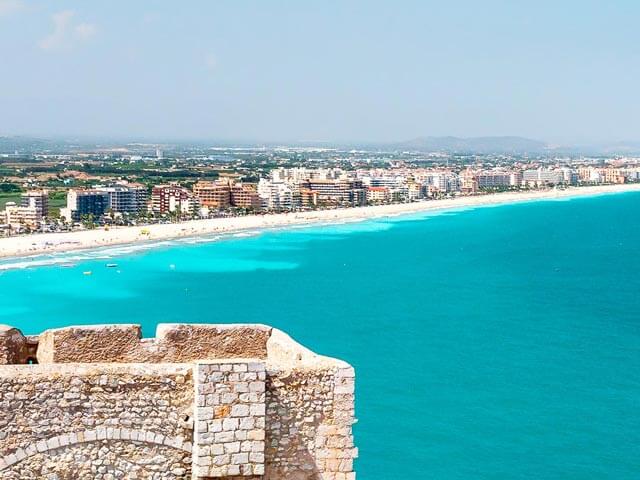 Get to know Valencia

Sunny Valencia, one of Spain's largest and most southeastern cities, exudes a relaxing aura thanks to its soothing beach breezes and warm weather. Despite Valencia being a haven of modern architecture, you won't miss out on Spain's renowned, Old-World charm – Valencia is divided into two distinct contemporary and classic areas. The futuristic City of Arts and Sciences offers a fascinating glimpse into film, science and marine life, while the cathedral and central square will leave you awestruck. Head to the beach, grab a drink and sink into the sand after a fun day of exploring this city.

What to know before visiting Valencia

Flights to Valencia arrive at Valencia Airport (VLC), which is only 8km from the city centre. Flights from London and Manchester are a breeze as there's only an hour difference between the UK and Spain. Your weekend in Valencia will be filled with the sounds of Spanish and Valencian, both of which are very similar. British citizens won't need a visa to enter. While smaller shops close for siesta, Spain's well-known mid-afternoon break, major shops and restaurants remain open. Even though the city is a popular destination, flights and hotels in Valencia are easy to book. Make sure to convert your money to euros before arriving.

When is the best time to visit Valencia?

Days in Valencia are often sunny and warm, though it's not uncommon to see locals wearing light jackets during the winter months to combat cold beach breezes. Between November and February, temperatures hover between 10°C and 15°C, while in summer months, they average around 25°C. In March, the iconic Las Fallas ('the Fires') celebration takes place: large sculptures made of cardboard and other materials are set on fire, creating a five-day street party where the whole city comes alive. Flights to and hotels in Valencia during this time tend to be quite packed. If you're only spending a weekend break in Valencia, the July Fair offers the perfect chance to experience festivities in the city's well-known areas.

What to do in Valencia

Shopping dreams come true thanks to Valencia's abundance of stores and malls. City breaks in Valencia often involve a stop by the Galería Don Juan de Austria, a high-end shopping centre near popular Plaza del Ayuntamiento. At night, the Barrio del Carmen, the city's oldest district, becomes a party, with people filling the streets and enjoying festivities. Flamenco dancing is a key element of package holidays in Valencia. Radio City hosts live flamenco performances every Tuesday, as well as music and other performances.

What can you visit in Valencia?

The City of Arts and Sciences complex – a series of unique buildings, including an oceanographic museum and landscaped walking path with large white arches – is a popular destination. Make sure you snap a photo near the eye-shaped El Hemisférico. At Plaza de la Reina, one of the city's main squares, you'll find a sprawling cathedral with interesting artefacts within. At Bioparc, you can wander around replicas that rival even the nicest safaris. Fancy a run? Antiguo Cauce del Rio Turia is one of Spain's most beloved and beautiful parks.

What to eat in Valencia

Spain is known for its emblematic cuisine, so make sure you arrive with an empty stomach.

What can you bring home from Valencia?

Spain is renowned for its olive oil, and you'll find wonderful choices in Valencia. The wine is also shockingly inexpensive, so a few bottles won't hurt your wallet. Visitors often fall in love with paella during their package holidays in Valencia, and you'll undoubtedly find a paella kit, complete with a pan, spoon and spices, during your stay. Pick up some souvenirs in the Central Market, or go south of the Old Town to Mercado de Colón for some artisanal products.