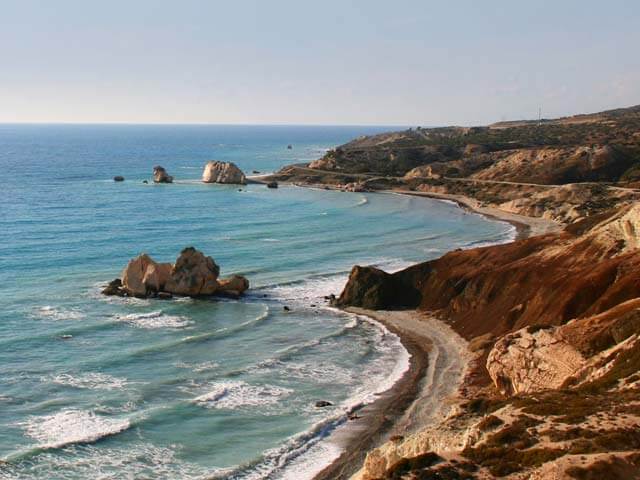 With a history that dates to 6,000 years ago, Larnaca is Cyprus's oldest city. Once known as Kition, the city is often associated with the biblical Lazarus of Bethany, who is believed to have lived there after being resurrected by Jesus.

A British colony from 1878 until 1960, today's Larnaca is the country's top destination for overseas visitors. A flight to Larnaca awaits.

What to know before visiting Larnaca

The city is served by Larnaca International Airport (LCA), Cyprus's largest airport. A flight from London or Manchester to Larnaca is within easy reach. British nationals will likely not require a visa to visit Cyprus, and their passport should be valid for the entire duration of stay.

The currency in Larnaca is the euro, and Cyprus is just two hours ahead of the UK. The two official languages spoken are Greek and Turkish. English is spoken at most establishments. A flight to and hotel in Larnaca assure you a relaxing getaway.

When is the best time to visit Larnaca?

A Mediterranean climate translates into year-round sunshine. The best time to visit is in April and May, when it isn't too hot or rainy. Though summers can heat up, the vacationing crowd isn't deterred. A flight to and hotel in Larnaca should be reserved in advance in summer. For travellers looking for privacy and space, the shoulder seasons of spring and autumn are ideal. Winters are often windy and wet. Keep in mind that package holidays in Larnaca in the off-season are often cheaper.

Epiphany (the Feast of Lights) in early January is one of Larnaca's major Greek Orthodox celebrations, bringing religious processions that weave their way down to the sea. This celebration is followed by Carnival, which marks the beginning of Lent. The Larnaca Summer Festival in August features it all, with plenty of music, dance, film, theatre and poetry.

What to do in Larnaca

Take an evening stroll down the scenic Larnaca Promenade (Phinikoudes), which is lined with palm trees, bars and restaurants. It's fronted by Finikoudes Beach, which gets packed to capacity during weekends in Larnaca. For some peace and quiet in secluded coves, head to Cape Kiti Beach or Perivolia Beach.

Photographers will love the ambient yet decrepit Turkish quarter of Skala, now inhabited by Larnaca's ceramic artisans. Don't miss the traditional whitewashed cottages and pretty window frames here. The Sunday open-air market is a fantastic opportunity to catch locals socialising. Drink the night away at the bars at Laiki Yeitonia, just off the promenade. You can join fellow British visitors partying at the high-end clubs on Larnaca-Dhekelia Road.

A cradle of history, culture and architecture for thousands of years, Larnaca provides sufficient distractions for nature-loving visitors as well.

What to eat in Larnaca

Cypriot cuisine comprises not just Greek and Turkish influences, but also Ottoman, French, Italian and Middle Eastern flavours. City breaks in Larnaca are quite incomplete without tucking into the cheap and tasty hotdogs at the 'Enjoy... Finikoudes' kiosks on Phinikoudes Avenue.

Larnaca's waterfront is littered with beaches serving seafood and local fare – just follow the locals. Popular seafood preparations include sea bass, red mullet, octopus and cuttlefish. Potatoes and meat washed down with wine, moussaka, barbecued snails and pork tenderloin are some other Cypriot dishes worth trying.

What can you bring home from Larnaca?

When in Larnaca, make sure to pick up Cypriot souvenirs such as handmade lace, knitted curtains, pottery, silverware and jewellery, which you'll find in local boutiques and shopping centres. Other takeaways include silver spoons and forks, porcelain, crystal, brandies and wines. The city's main shopping drag, Zenon Kitieos Street, is certainly worth checking out. Get set for a fun weekend in Larnaca – Cyprus's premier seaside resort city beckons.