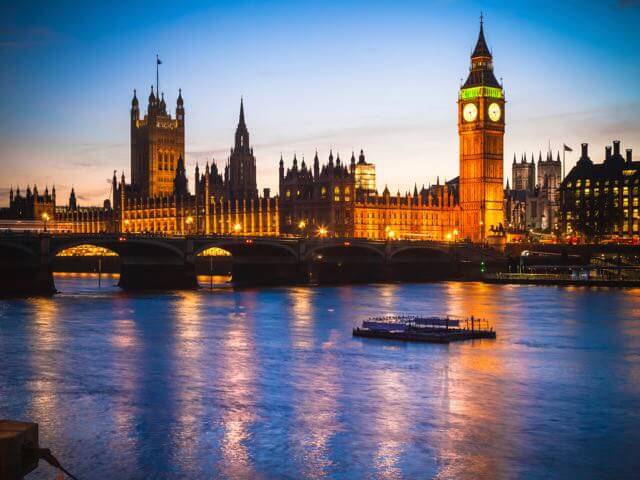 London is one of the most historic, energetic and multicultural cities in the world. A London flight and hotel booking offers the chance to explore thousands of years of enthralling history as well all the excitement of a throbbing modern metropolis that's positively bristling with culture and nightlife.

From Shakespeare to The Shard, London is brimming with fascinating places to visit and extraordinary things to do. Your next adventure is just around the corner! Let's just put it this way – a London city break will easily be the most interesting thing you do this year.

Anything I Should Know Before Visiting London?

London is served by five airports – Heathrow, Gatwick, Luton, Stansted and City Airport – all of which are within easy reach (less than an hour) of the city by coach, rail or car. A useful tip is to buy an Oystercard (a re-usable travel card) when arranging your package holidays to London. The Oystercard can be used on all buses and underground trains throughout London and is a cheap, convenient way to get around – perfect for a weekend in London!

It may be worth remembering that although London (and the rest of the UK) is in Europe, the pound is the currency, rather than the Euro. If you do forget to stock up on sterling before your flight, London is overflowing with cash machines (ATMs) and the majority of shops, bars and restaurants accept cards.

When Is The Best Time For Me To Visit London?

It's fair to say that London isn't especially known for its glorious weather, but that means – unlike some major capitals – it isn't seasonal, and therefore is bustling with life and activity all year round. That said, a city break in London during summer offers the chance to enjoy the royal parks and a sunny boat ride down the Thames.

London is also a shopping mecca, and a London package holiday over the Christmas period will not only give you the opportunity to enjoy the lavish lights and decorations that line the streets, but also a chance to get some serious festive shopping done.

What Are The Best Places To Visit In London?

What Is There To Do In London?

What To Eat In London

British cuisine used to be the punchline to more than a few jokes, but no longer! This most multicultural of cities now boasts magnificent food from all corners of the earth, as well as some home-grown superstar chefs. London's bustling Chinatown, centred around Gerrard Street, is definitely worth a visit. Take your pick from dozens of delicious, reasonably priced restaurants.

If you are in the market for something more typically British, head to the Golden Hind in Marylebone. This beloved restaurant has been cooking up fish'n'chips for over a hundred years and serves some of the very best found anywhere in London. Those looking for an even more traditional dish are advised to make their way to the Dean Street Townhouse and dive into a perfect Sunday lunch whilst gazing at artworks from Peter Bake and Tracey Emin.

You'll have enjoyed your flight and hotel London package holiday so much that you're going to want something to show off when you get home. A trip to Harrod's is therefore strongly advised. This London shopping institution offers something for every taste and wallet and even the carrier bags have a certain elegance!

For some people, nothing is more British than afternoon tea, so why not take a little home with you from your city breaks London? The East India Tea Company on Conduit Street has some of the finest teas you will ever taste, and a fragrant packet of Assam or Darjeeling makes for the perfect gift to bring home from your package holidays London.