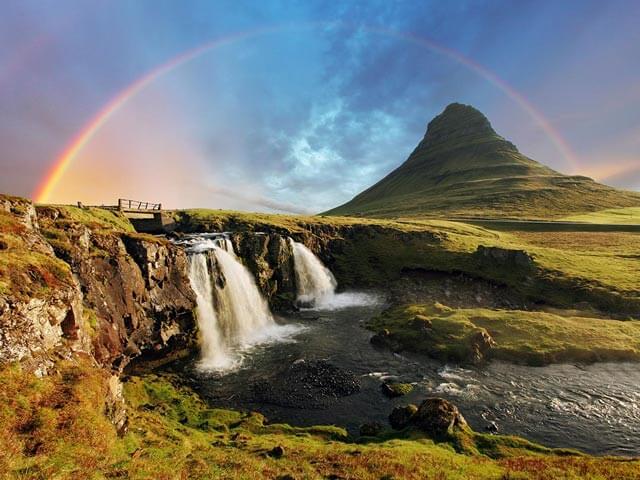 The capital of Iceland, Reykjavik is the most northern of the world's capital cities – yet it is located on the North Atlantic island's southern coast. With a population of just 120,000, the city may be smaller than most UK towns – however, you'll find plenty to do on city breaks in Reykjavik. Whether you use Reykjavik as a base to explore the rest of Iceland or spend your weekend in the city learning about its unique history and culture, a weekend in Reykjavik is one you'll never forget.

What to know before visiting Reykjavik

The travel industry in Reykjavik and Iceland is booming, and there are more flights to Reyjavik from the UK than ever before. You can now fly from London and Manchester to Reykjavik. Flights to Reykjavik land at Keflavik, an old US Air Force Base around an hour's drive from the city itself. Although the airport is fairly basic, it sells alcohol at its arrival duty-free shop. You'll often see locals stocking up on spirits on arrival – alcohol, like many things in Iceland, is expensive in bars and even in supermarkets.

The currency in Iceland is the króna, and you'll find that most people in the city speak English fluently, partly thanks to the prevalence of English-language music and television. UK citizens do not need a visa to enter Iceland, and Reykjavik is in the same time zone as the UK.

When is the best time to visit Reykjavik?

Reykjavik is a city of contrasts when it comes to climate and number of daylight hours. In the height of summer, the sun never sets, which can be a bit disorienting for visitors. The weather is milder in the summer, though temperatures never really climb above 15°C.

Although temperatures plummet in the winter months and there are only a few hours of daylight, weekend breaks in Reykjavik at this time of year shouldn't be avoided. After all, this is when Iceland is at its most beautiful, covered in snow and ice – as long as you dress for the weather, you can still have an enjoyable trip.

Package holidays to Reykjavik offer a great opportunity to see the northern lights, with local companies offering special trips away from the bright lights of the city to maximise your chances. The best time to travel if you want to see the aurora borealis is between September and April.

What to do in Reykjavik?

The wild landscape surrounding Reykjavik lends itself to outdoor activities, from hiking and climbing glaciers to caving deep underground. If you're looking for something a little more relaxing on city breaks in Reykjavik, head along the coast to the Blue Lagoon, where you can soak in an outdoor pool of naturally heated spring water. The silica mud that lines the lagoon's pools is believed to have rejuvenating powers – you'll see many swimmers daubing it on their faces, and you can buy Blue Lagoon skincare products to take home.

There are three day trips you should definitely take from Reykjavik, and together they are known as the Golden Triangle: Thingvellir, the ancient Icelandic parliament and the point where the European and American tectonic plates meet; Geysir, the town and natural hot spring after which geysers worldwide are named; and the spectacular Gulfoss waterfall.

Places to visit in Reykjavik

If you prefer to spend your time in the city itself, there's plenty for visitors to see and do in Reykjavik:

What is there to eat in Reykjavik?

As you would expect for a country surrounded by the bounty of the North Atlantic, fish and seafood are an integral part of Icelandic gastronomy. Some of the traditional local dishes are something of an acquired taste; for example, hákarl, fermented shark meat, is notorious for its foul-smelling odour, but locals seem to love it. Whereas whale meat is served at many restaurants, this is something done for visitors – despite Iceland's long involvement with the whaling industry, whale meat has never been part of locals' diet in Reykjavik.

If you really want to eat like the locals, make sure you round off your night with a hot dog from one of the many carts that set up to catch the late-night bar crowd. The queues themselves can often become impromptu outdoor parties, even in the cold winter months. A sip of locally distilled spirit Brennivin is an excellent way to warm up. Don't be put off the by the skull and crossbones you sometimes see on the label; this 40% proof drink is actually very tasty!

What to bring back from Reykjavik

Package holidays to Reykjavik are such a unique experience that you'll want something to remind you of your trip. Bring a piece of the landscape back with you in the form of jewellery made from lava rocks, or stay cosy in chilly UK winters with a traditional Icelandic woollen jumper. Iceland has a lively music scene, as evidenced by the enormously popular Airwaves Festival held every November – head to 12 Tónar music shop on Skólavörðustígur to hear in-store performances and pick up CDs by artists as yet unknown in the UK.