There are few better excuses to get out of town for a while than a trip to the crisp, clean air of any of the world’s mountains. Throw in a little adrenaline to boot and you’re ready to make memories to last a lifetime.

Snowboarding – that pesky trend skiers thought would go away, has transformed the way resort towns approach business and there’s no better time to strap into your bindings and jump into a snowboard holiday.

Here are 8 top destinations for a snowboard trip.

It’s been called the ‘Glastonbury of ski resorts‘ for offering something for virtually any snowboarding taste.

With 99 acres of powdery park terrain spread out over five different locations you’ll stick the proverbial landing by touching down here, one of the first major ski resorts in North America to allow snowboarders. It’s been setting the bar ever since.

Take me to the powder!

This four season resort in Utah is a powder hound’s dream with its plethora of light dry Wasatch powder. Experienced riders will eat up the challenging terrain spread out over 169 runs serviced by 13 lifts including the famous, 2900 vertical feet Snowbird tram.

A top beginner’s mountain which cuts the potential boredom of its extensive, gentle runs by offering majestic views of the world famous Matterhorn.

Intermediate riders can also catch some air in Indian Park and not worry about bailing – at 3600 meters it’s virtually impossible to have bad snow.

Japan’s entry into the list might seem a bit random but boarders the world over have raved about its unrelenting supply of fluffy, dry powder.

The northern-most island of the Land of the Rising Sun benefits from Siberian storm systems that pick up moisture from the Sea of Japan to create the most reliable ski season in the world.

Take me to the powder!

You wouldn’t dare leave off the Rocky Mountains in any self respected list and there’s no better spot than Colorado’s Breckenridge.

The five interconnected peaks get dusted with over 25 feet of snow a year and offer something for everybody, especially expert and advanced riders who will find 58% of the terrain at diamond level.

This village in the Swiss Alps may be the premiere off-piste resort in the whole world. For those looking for steeper slopes but with a cool resort vibe this is the one for you.

It’s also your best bet for late season rides: as recently the resort had such favourable conditions that it was possible to snowboard in July.

Australasia’s largest snowboardable terrain offers some of the most diverse and scenic snowboarding in the world. From the town centre you’ll have easy access to mountains Cardrona, Treble Cone, and Snow Farm and their massive terrain parks, pipes, and open trails.

One of Europe’s most reliable snow escapes offers 305 kilometers of marked ski runs for all ability levels with an additional 200 km of challenging off-piste slopes.

The freestyle options here, in particular Stanton Park, are a snowboarders dream – with two lifts serving it you’ll get more runs in than any other park.

Ready to strap in?
Take me to the powder! 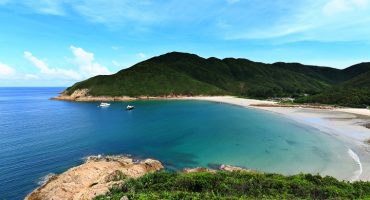 3 Hong Kong Islands You Have To Visit 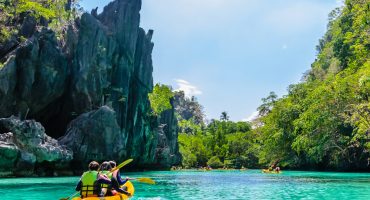 Majorca off the beaten track