Budapest in a Day

Today, we’re taking you to Budapest, the capital of Hungary, also known as the “Pearl of the Danube”. We’ll show you all of the major attractions you are not allowed to miss on your journey to Budapest, as well as a few tips on where to go for great eats, delicious drinking, strolling, relaxing and of course, a night on the town.

The Metro in Budapest, after the famous London Underground, is the second oldest underground railway in the world . It was inaugurated at the Millennium Celebrations in Budapest and began operating in 1896. Since then, much has been modernized of course , but the older trains and many of the stations still maintain the charm and design of yestertear. The metro is definitely worth the value, especially for those who need to get around the city.

The Chain Bridge is one of the major landmarks of the city and connects Buda and Pest across the Danube, in the city center. It was built from 1839 to 1849 and is the oldest of the nine Budapest Danube bridges. The suspension bridge was in the 2nd World War, just like all the other Danube bridges destroyed. In 1949 the bridge was made ​​suitable and reopened. Since the 50s, illumination was added for nights, which also forms the Castle District on the Buda side and Parliament on the Pest side of Budapest, a brilliant panorama that you will never forget.

The Castle District, located on Castle Hill in Buda, is one of the main attractions of the city. One day in Budapest? Go there! It is impressive, especially at night when it is lit up. In addition to the Buda Castle, which mainly attracts attention on its own, there is also the remaining part of the Castle Hill, that’s worth a visit. It’s great to stroll through the narrow streets, past the Matthias Church where there the Hungarian royal couple Franz Joseph I and Elizabeth were coronated. From the Fisherman’s Bastion tourists have a great view of the Parliament Building on the other bank of the Danube. For those who want to climb up the Hill, they can walk up a bit, then to the funicular, take a drive and up to the castle palace. Here, you’ll find the foot of Budabergs, near the Chain Bridge.

You want to see it yourself? Find the best deals!

To those who want to recover somewhat from sightseeing and rest after the Castle District, we recommend a trip to the beautiful park Margaret Island. It is located in the Danube between Buda and Pest, and you can reach either the Margaret Bridge in the South, or the Árpád Bridge in the north. On the island, there are no motorized vehicles, except buses and taxis which are allowed. There are wonderful parks with large lawns, flowers and small patches of forest. A few sights can be found on the island, such as the one shown in the photo, a water tower, which is a UNESCO World Heritage Site, the Rose Garden, or ruins from a Franciscan Monastary in the 13th century.

From Margaret Island, one can take a nice walk through the District V, initially along the Pest bank, past the impressive Parliament Buildings (Országház) and then across the district, past the St. Stephen’s Basilica (Szent István -bazilika) towards the Great Market Hall. On the way you stroll through the main shopping streets of Budapest.

The Great Market Hall is very close to Liberty Bridge. If you have one day in Budapest you should not miss this. It was opened in 1897 and it is not only a tourist attraction, but also a spot for many residents of Budapest as the place of choice for fresh vegetables, fruit, meat, fish, cheese and regional delicacies. There are three levels with many culinary delights and the hall itself is worth a visit.

Those who still have enough time , we recommend a visit to the beautiful Gellért gyógyfürdő at the foot of Gellért Hill (Gellért hegy) . From the Great Market Hall you can get to the Liberty Bridge (Szabadság híd) and then to the baths. The bath was opened in 1918 as part of the Gellért hotel and might just be one of the most beautiful spas in Hungary. There are swimming pools, thermal and steam baths, saunas, and a total of ten indoor and three outdoor pools. Here you can relax after a day of exploring the city by foot. Pack a bathing suit, but should you forget, you can also rent towels and bathing accessories.

Find my Flight + Hotel in Budapest

After a lond day of sightseeing, a long night of the Budapest nightlife should not be missed. One day in Budapest will be loooong. Visit VII . District, Erzsébetváros ( Elizabeth City) were there are a variety of bars and clubs. Around the corner there’s Kazinczy u, where you can find a neighborhood that’s something reminiscent of Kreuzberg in Berlin or the Karo district in Hamburg. On this street you will also find Szimpla Kert, certainly the most famous so-called Ruins bar in Budapest, which leads to many rooms and a beautiful, colorful courtyard. Here, tourists and locals alike enjoy the wide range of cultural events and delicious drinks.

A few culinary delights should not be missed during this visit to Budapest! The specialty bread Lángos are everywhere in the city to buy. As a lunch, it is highly recommended.

Sure, everyone knows what goulash is, and in Budapest, it is eaten often. This one is spectaucular and at Opodo, we are of the opinion that you should not miss the chance to try it. That along with a glass of delicious Hungarian red wine.

Besides delicious Hungarian red wine, there’s brandy, which is Unicum. It is a well-known Hungarian drink that’s delicious, but we suggest you drink with caution…I mean its Budapest in one day, you should try!

You are curious about this special city? Look for the best flights plus hotel deals now: 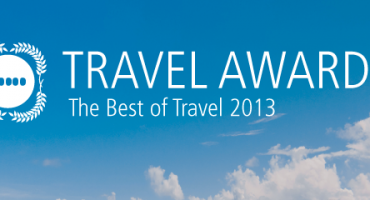 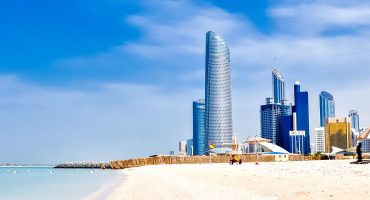 Abu Dhabi with the family? 7 must-do activities for your trip…

By Emma with 4 min read 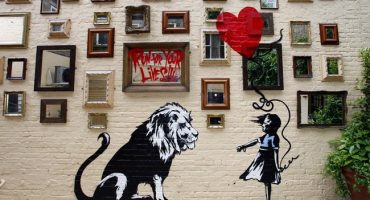 The most spectacular street-art by Banksy 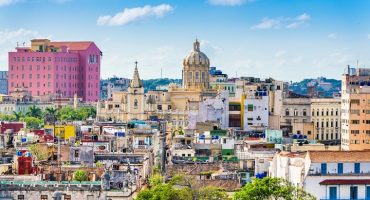 Things to do in Havana Cuba