Are you suffering from a severe case of the winter blues?

The days of summer seem long gone and all we can think about is escaping the bitter cold. You know that wondrous feeling of being engulfed in warm air when you step out of an airplane and onto the tarmac of a warm country? That’s what we’re after. And it’s not quite as far away as you’d think. Let’s take a look at where is hot in February!

As well as travelling to the other side of the world, there are places closer to home that enjoy warm weather in February. So, while you might not have the time or budget for a fortnight in the Maldives, there is a winter-sun holiday out there for you. These are our favourite sunshine holidays to take in February. Starting from the closest to home, and heading further away. Yes, we are starting the list with a trip to Africa. Although flying to another continent seems extremely far away, flying to Tangier in Morocco actually takes less time, and is often less expensive, than flying to many cities in Europe. Less than three hours away is the Arabian paradise of Tangier. Days can be spent relaxing on the long stretches of beach, sipping mint tea in the town square or getting lost in the maze-like souks. The weather in February is pleasantly warm, hovering around 18°C – the ideal temperature for sightseeing and having lunch outside.

Just a 2 hour drive from Tangier is the real treat: Chefchaouen. Hop on a bus or take a taxi and head to the blue village. It is the most mesmerizing, picture-perfect destination in the world (at least we think it is). Everything in the Medina is awash with a beautiful blue hue. The houses, walls, streets, front doors. Everywhere you turn is a sea of blue, broken only by the colourful plant pots that hang from the walls. Chefchaouen is an absolute bucket-list destination.

Which airports fly to Tangier?

You can fly direct to Tangier from London Gatwick

How long does it take to fly from the UK to Tangier?

It takes 3 hours to fly from London to Tangier

Find the cheapest flights to Tangier

Four and a half hours to get to Southern Cyprus 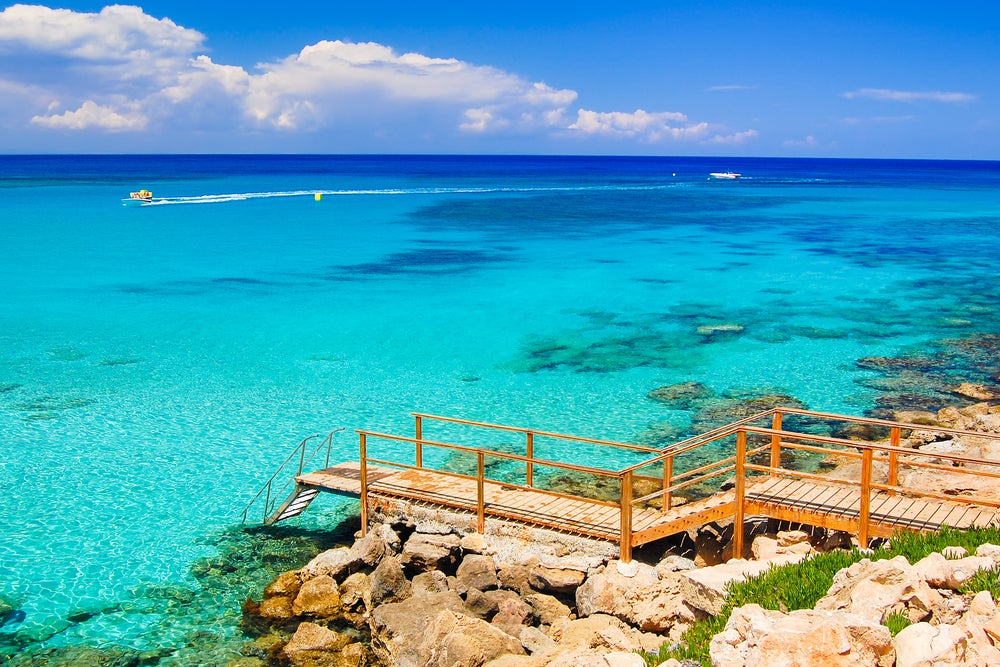 Southern Cyprus is the warmest place in Europe in February, With the exception of the Canary Islands. Thanks to its location in the Eastern Mediterranean, it enjoys fairly mild winters with temperatures of about 18°C in February. Although not a sweltering temperature, Cyprus has around 340 days of sunshine every year, so you’ll almost certainly pick up some rays when you’re there.

Is Cyprus hot in February? February is the off season in Cyprus, which means you’ll have your pick of the best hotels, beaches and restaurants without any of the usual crowds that come in the Summer.

Which airports in the UK fly to Cyprus?

There are direct flights to Cyprus from the London airports, Bristol, Manchester, Edinburgh and more

How long is the flight from UK to Cyprus?

The flight time is four and a half hours from the UK to Paphos in Cyprus. 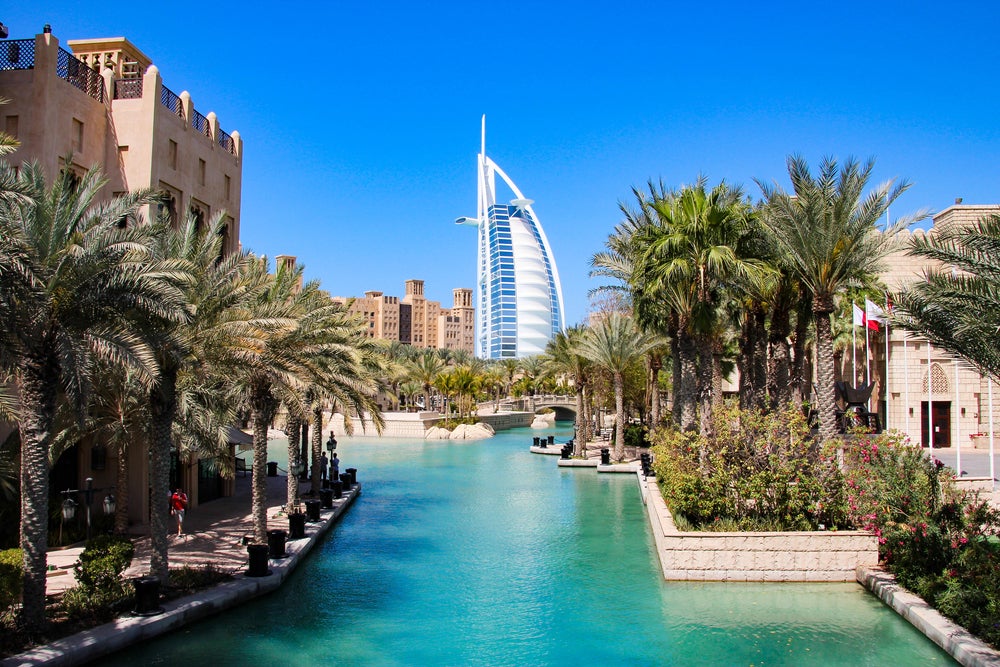 Hotels in Dubai are renowned for their luxury five-star service. Dubai itself has something for everyone – there’s the old historical neighborhood of Deira where you’ll find the bustling markets, small cafes and cultural architecture. Remarkably different is the neighbourhood of Jumeirah – the most popular area to stay in for first-timers. Jumeirah is where you’ll find the luxury shopping malls, the beachfront and some of the best restaurants in the world.

If you’re looking for where is hot in February, the average temperature in Dubai in February is 25°C – which is considered quite cool in Dubai, considering temperatures soar to 43°C in July and August. Visiting during the ‘cooler’ months is advisable, as the temperature is perfect for exploring and going to the beach.

Are there direct flights to Dubai from the UK?

You can fly direct to Dubai from London, Manchester, Birmingham, Newcastle and Glasgow airports.

How long does it take to fly to Dubai?

It takes about 8 hours to fly from the UK to Dubai.

Fly nine and a half hours to kick back in Mombasa, Kenya February is arguably the best month to visit Kenya. The days are warm and dry, without being too hot. Not only is it the perfect beach weather, February is also ideal for safaris because the warm weather and absence of mud and wet ground make the savannah easily accessible. Mombasa has it all – the tropical white sand beaches, a lively atmosphere and Shimba Hills National Reserve where you can spot leopards, elephants and antelope in their natural habitat.

Mombasa’s best kept secret lies just 30 kilometres south of the city, at Diani Beach – a true paradise, away from the crowds of tourists. It is the best beach in Kenya thanks to its secluded feel and safe waters.

What is the best way to get to Mombasa from the UK?

Fly to Nairobi from London Heathrow airport, and then get a connecting flight to Mombasa.

How long does it take to fly to Mombasa?

The total flight time from London to Mombasa takes around 9 and a half hours.

Search for flights to Mombasa

Fly 12 hours for an unforgettable trip to Rio de Janeiro 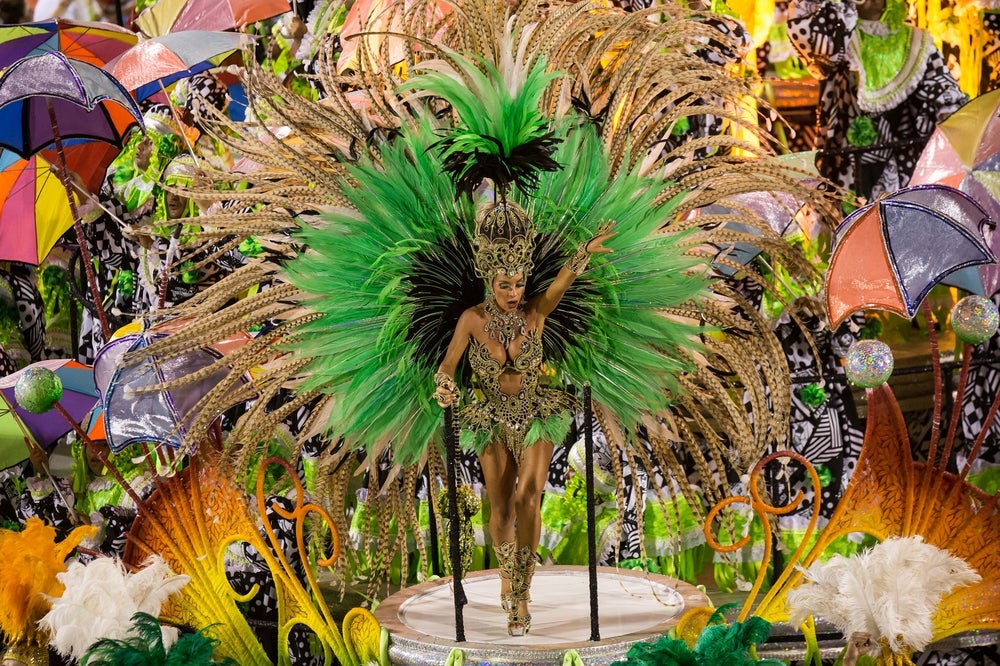 If there’s one place to be in February, it’s Rio de Janeiro. For 6 days in February, the biggest carnival in the world takes over the streets of Rio in an explosion of colours, music and dance. It’s not called The Greatest Show on Earth for nothing. Local samba schools prepare the whole year for their chance to perform at the Rio Carnival. Pack your most outlandish, colourful outfit and head to Brazil for a winter-sun holiday like no other.

When you’re not dancing amidst the crowds at the notorious street parties, kick back and relax in the 30°C heat. Rio’s beaches are some of the most famous in the world – Ipanema and Copacabana both have long stretches of sand, with an unbeatable view of Sugarloaf mountain in the background. There’s no better winter-sun holiday in February.

Can you fly direct from the UK to Rio de Janeiro?

Yes, there is a direct flight from London Heathrow to Rio de Janeiro. It takes around 12 hours.

Book a holiday to Rio

Did you enjoy reading about where is hot in February? See also the best places to go in January for a winter-sun holiday. 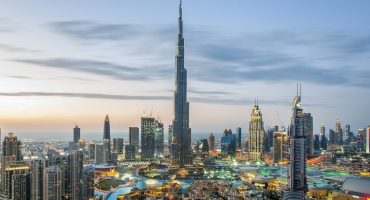 Dubai in a Day 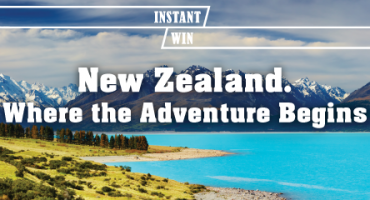 Win a Pair of Tickets to Auckland! 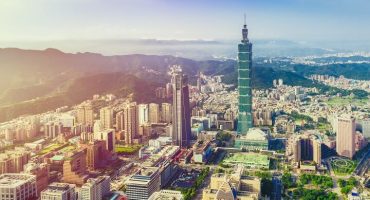 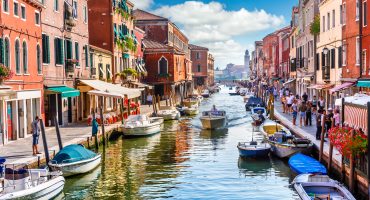 11 Tips for a Romantic Weekend in Venice