Top of the north, charming and dusty, bustling to the brim and more mopeds than man, and that’s just a tip of the Bahn Mi with Vietnam’s capital, Hanoi. You want to experience Hanoi?

Home to over 7 million people; Hanoi is Vietnam’s second largest city behind Saigon. Where Saigon may have the size and weather, but Hanoi is more personable. The influx of French and Chinese cultures mix in Hanoi, where the scenic inner-city lakes will be a welcome contrast to the cities busy streets. Add in an intriguing old communist theme, rustic architecture, intricate temples, booming quarters of nightlife, fresh street food and quality markets, Hanoi is the kind of city that’s easy to get stuck in.

Whenever you begin your ventures in Vietnam, start north in the Vietnamese capital.

Hang out at the Old Quarter 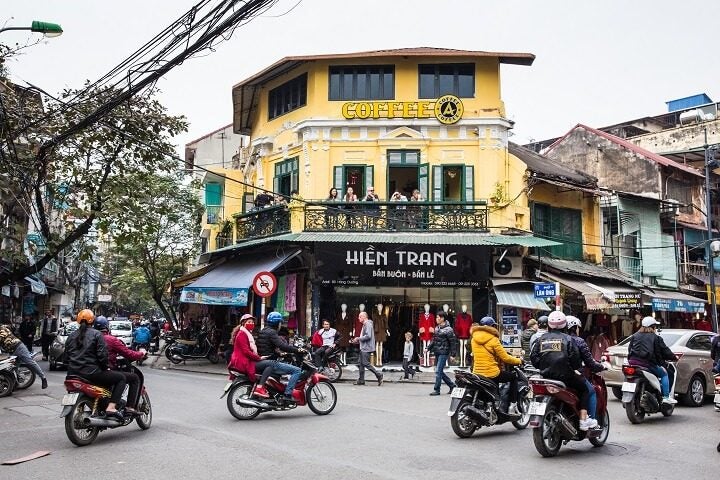 Arguably the first area you’ll hear about within Hanoi, the Old Quarter is an interesting place to visit. The main tourist and business district – locally named Hoam Kiem – is full of small stooled outside bars, numerous alleyways, religious monuments, colonial buildings, cafes and absolutely market mad, it’d be difficult for even the most intrepid of travellers not to wander here for a period of time. Get your walking shoes on, peruse during the day and get social at night, this place is the buzz of Hanoi.

Although it’s no secret nowadays, head to Bia Hoi Corner and you can drink rice beer for less than $0.50! 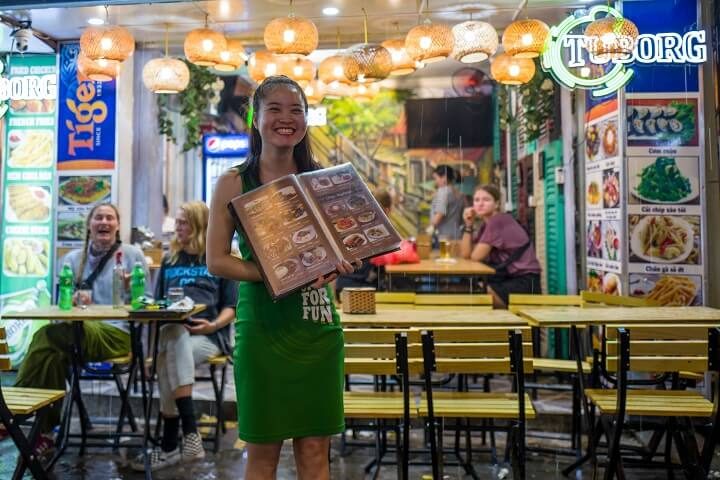 There’s also the Water Puppet Theatre, a unorthodox theatrical attraction in the pulsating streets of the Old Quarter. 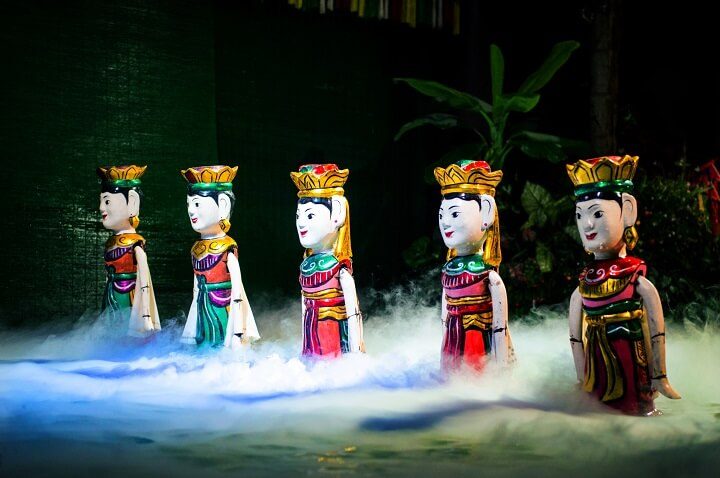 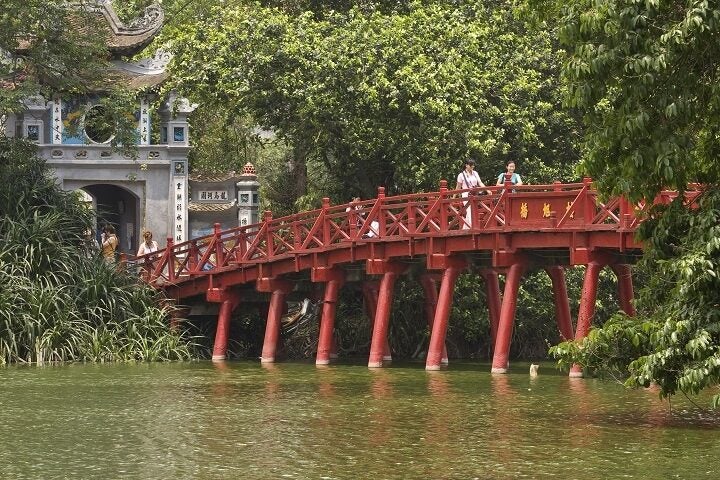 Contrastingly, Hoan Kien Lake is right beside the Old Quarter and is a welcome breather from the chaotic cauldron that Hanoi can be. In the middle of the lake is Ngoc Son Pagoda – that means Temple of Jade Mountain – connected by a intricate traditional Vietnamese red bridge. The Pagoda celebrates the defeat of the invaders China in the 13th century by emperor Tran Hung Dao.

Whether you’re wandering, going for a jog or taking some photos, Hoan Kien Lake is a great place to get your bearings (and a break) from Hanoi’s relentless inner city.

Whether you’ve been trouncing around Southeast Asia or you’re visiting Vietnam on holiday, everyone does a bit of shopping in the capital. Renowned for it’s budget friendly but quality material, you can find some excellent bargains on the streets of Hanoi. From customised shoes to top of the range stitching, there’s no better country in Asia for clothing discounted prices. 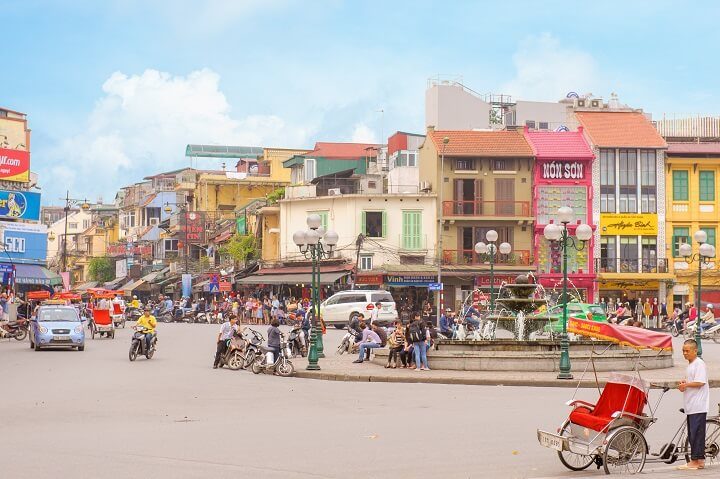 Head to Hang Gai Street (Silk Market) for all the wonders and riches of silk, whilst the Hanoi Weekend Night Market is a tourist trap to an extent but there’s some really good variety on things to buy. Dong Xuan Market is Hanoi’s largest and most famous, housed in a Soviet-styled building. Here, you’ll find merchant shops of all kinds, but prepare to haggle and get into the thick of things as this market has no mercy. For bling, head to Hang Bac Street (Silver Street). 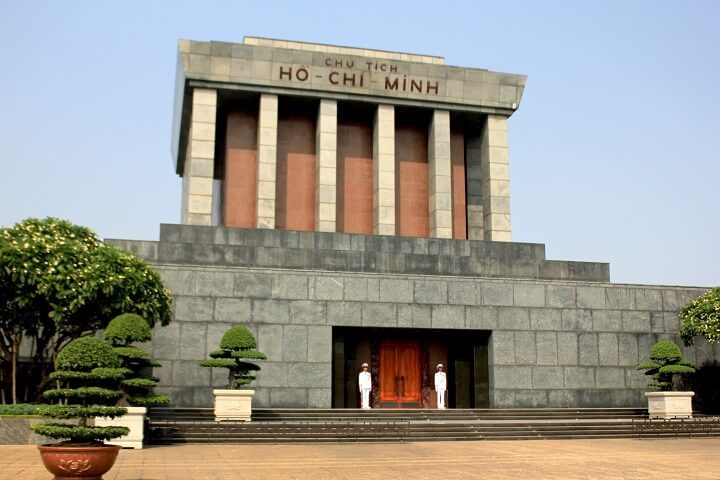 Vietnam, as you can imagine is a hotbed for history and Hanoi is the place to start. Ho Chi Minh’s Mausoleum in Ba Dinh Square, is the final resting place of the former revolutionary leader of Vietnam and is one of the most visited attractions in the country. 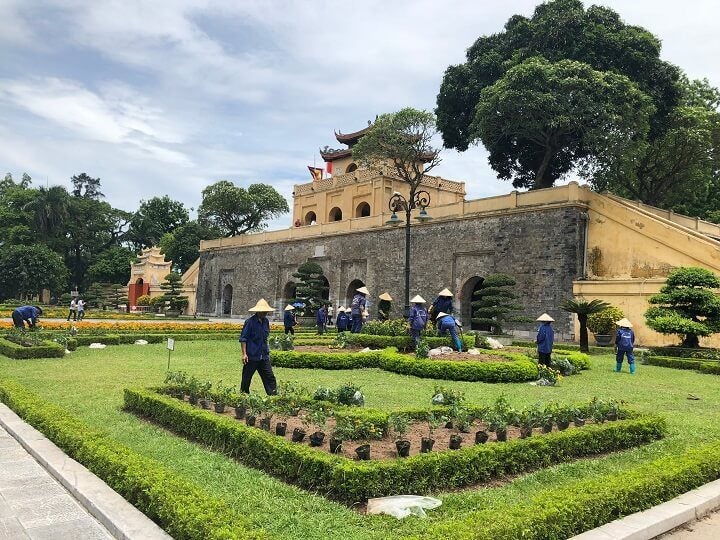 UNESCO Heritage Site, the Imperial Citadel of Than Long – or today simple known as Hanoi Citadel – is a stone fortress that winds back all the way to the 6th century. Preserved and renovated the history of this former political centre, and the discovered artefacts that are on display since then, is undeniable.

The Hoa Lo Prison was nicknamed Hanoi Hilton during the Vietnam War by American Prisoners of War. Used by French colonists also used this prison prior as well, today it is a major historical attraction that can only help but take you back to these torrid times in Vietnam.

In between Le Duan Street and Kham Tien Street, you’ll randomly stumble across a train track. And yes, it’s still used today. Barging through the narrow streets, a train will quickly appear and go that is part of everyday life in this part of Hanoi. Locals will quickly jump out of the way, selling items will be picked up from within the tracks, clothes lines will be taken down and everything is essentially moved aside for the communist-styled train that makes way.

This happens twice a day, just after 3:30pm and 7:30pm respectively. This is definitely one for taking a photo or two.

Beware of the Bikes

It is estimated there are over 5 million mopeds throughout the streets of Hanoi and it won’t be difficult to believe when you get to a crossroad. The road rules in Hanoi are like something out of the Wacky Races so don’t be surprised to see whole families on the back of a two-wheeler; that’s normal!

Without doubt it will be against your instinct, but crossing the road needs to be done carefully and with bravery. Always ask for advice from the front desk to wherever you’re staying, but it’s often recommended to walk slowly and constantly look left and right. Do not hesitate, but the way that things work in Hanoi is the traffic will almost automatically avert you.

Do The Vietnam Things

Bahn Mi, a sandwich filled with pate, salad, chilli and pork won’t cost you more than $1 from the street vendors. Pho, the national noodle soup is a must try whilst the Vietnamese coffee is some of the most tastiest in the world. If you’re a coffee junkie, make sure you try the egg coffee, Hanoi’s trademark drink! 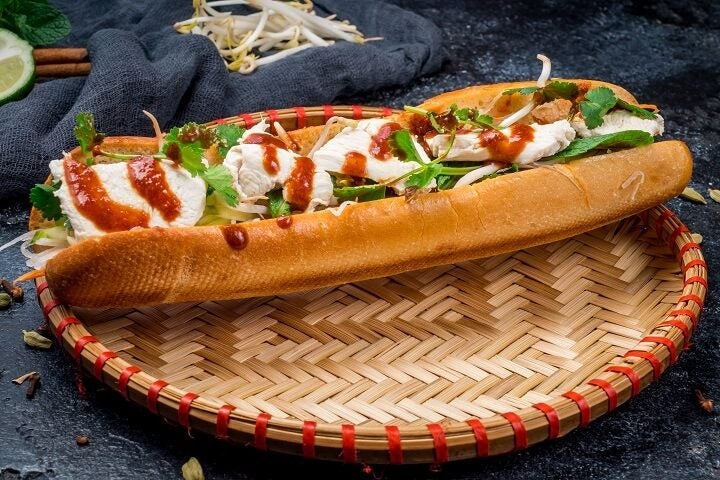 Halong Bay, Vietnam’s postcard destination is less than four hours away (to port) and is a must visit. Take a boat out and visit Vietnams famous Mogotes.

For a closer route to somewhere beautiful, less than 50km is Ba Vi National Park. 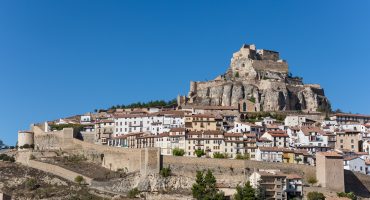 By Johanna with 5 min read 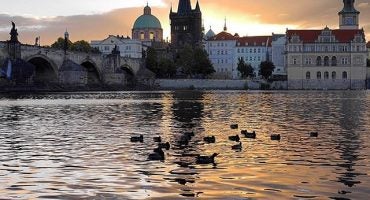 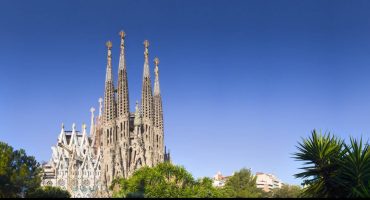 Win a pair of return flights to Barcelona! 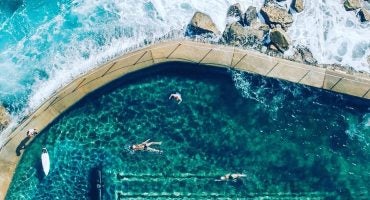 15 Things to Do in Sydney